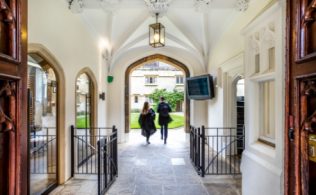 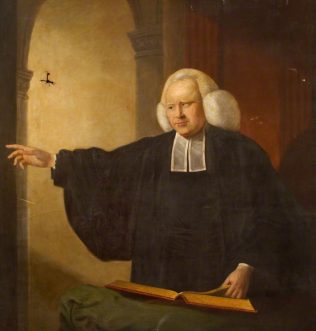 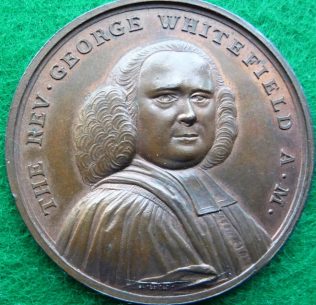 George Whitfield was  born on 27th December 1714, in Gloucester.

He matriculated at Pembroke College in 1732, and joined the Holy Club, where he was introduced to the Wesley brothers. He became leader of the Holy Club when the Wesleys left for Georgia in 1735.

Whitfield was ordained immediately after receiving his BA degree in 1736,  but he did not settle as the minister of any parish. He preferred to be an itinerant preacher and evangelist, and was well known for his extremely dramatic sermon performances.

Together with John and Charles Wesley, Whitfield founded the Methodist movement. As an Anglican evangelist and the leader of Calvinistic Methodists, he was the most popular preacher of the Evangelical Revival in Great Britain and the Great Awakening in America.