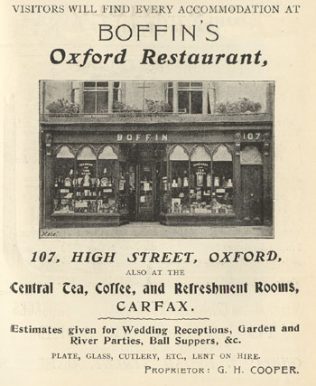 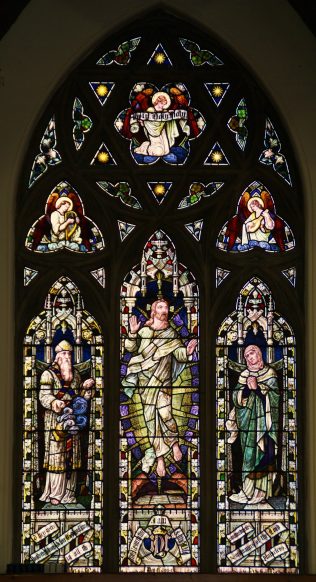 In this he prospered, developing a chain of shops across the city, from Queen Street to St Clements. His sons William Henry (1847-79) and Alfred (1844-1937) shared in the business; Alfred sold it to G.H. Cooper’s Bakery in the early 1920s, but the Boffin name was preserved through changes of ownership for another half-century.

James Boffin was active in Oxford Methodism from the early 1840s. He was Society Steward at New Inn Hall Street for the first time in 1842 and Circuit Steward in 1855. He succeeded James Pike as treasurer of the New Inn Hall Street Chapel Trust in 1874, having already made generous contributions towards clearing chapel and circuit debts.

Alfred succeeded his father as treasurer, serving until 1909. Both Boffins were trustees of other chapels in the city and in the wider Oxford Circuit. When the new Wesley Memorial Chapel was opened in 1878, James Boffin provided the catering for the occasion, and he also hosted the meeting called by Hugh Price Hughes to drum up support for the extension of Methodism in Oxford in 1881. Alfred Boffin was among the North Oxford residents who approached St John’s College to secure a site for a new chapel in Walton Street.

Adeline (1857-1906) stayed in the family home in Banbury Road, leaving a bequest to Wesley Memorial to fund a stained glass window in memory of her parents. This was the Zechariah and Elizabeth window, installed in 1906.