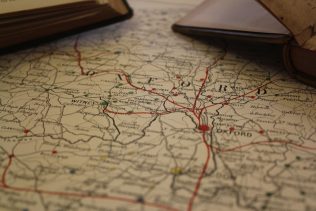 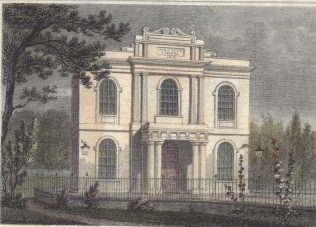 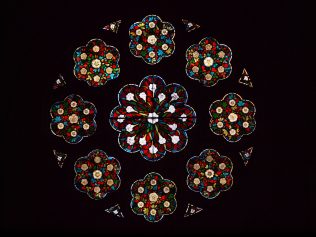 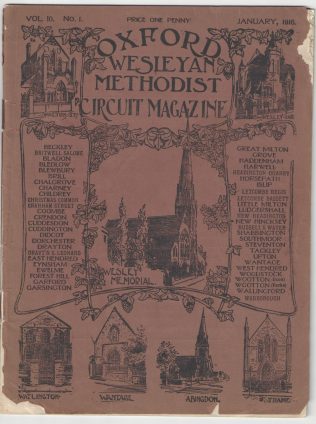 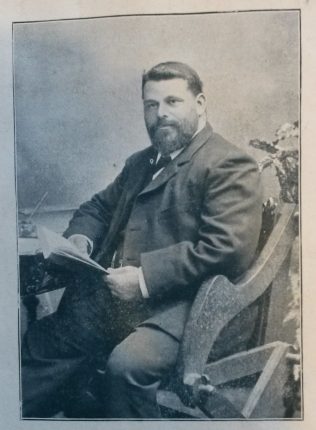 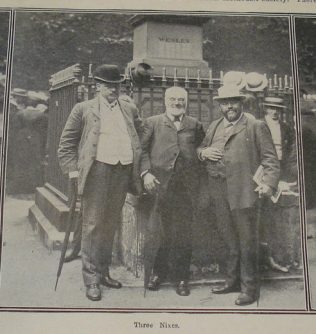 James Nix came to Oxford from Fritwell in 1833, and soon joined the city police force, eventually rising to the rank of sergeant. Emma took in laundry, and then ran a small grocer’s shop from their home, first in Union Street, St Thomas’s, and then in King Street, in the parish of St Peter’s in the East. Both were active members of the New Inn Hall Street Wesleyan chapel: Emma was a class leader by summer 1851, helping to fill the gaps left by resignation or expulsion during the Reform crisis, and a succession of ten Nix children were baptised at the chapel, from James junior in 1836 to Fanny in 1858.

James Nix junior (1835-1909) was a key figure in Methodism in Oxford in the second half of the nineteenth century. His working life began as an errand boy, but by his mid-20s he was a Post Office clerk, working for an expanding public institution, and by his retirement he was Chief Clerk of the Oxford Post Office. James’s considerable administrative ability and growing prosperity were put to work in the service of the church. He became a Local Preacher in 1857; more significantly, he was for many years Chapels Secretary for the Oxford Circuit, and he did much to facilitate the building of new chapels, both in the city and further afield. Among other contributions, he gave the rose window to Wesley Memorial and lobbied St John’s College for a site for a chapel in Walton Street. In the 1880s, when Hugh Price Hughes was revitalising Oxford Methodism, James Nix was a Circuit Steward. In the next decade he was an early supporter of the Oxford and District Free Church Council, and he wrote articles on local Methodist history for the Free Church and Wesleyan Circuit magazines.

James and Emma’s second son, Josiah (1847-1924), was a much more flamboyant character than his civil servant brother. He built a successful career in the grocery trade, and was also active in Liberal politics, at a time when Oxford became notorious for municipal corruption. Converted to evangelical Christianity and to temperance under the ministry of Hugh Price Hughes, Josiah followed Hughes first to Brixton Hill and then to the West London Mission. As the evangelist in charge of Wardour Hall, he gained a nationwide reputation, before moving to work at the London Polytechnic in 1894. He was the first Organising Secretary of the London Mission Band Union, served as a Connexional Gospel Temperance Missioner and then became a Connexional Evangelist. He returned to Oxford in 1896 but spent the final years of his life in Yorkshire, where he died in 1924.

In the next generation, James junior’s sons Frank and Philip maintained the Methodist cause, as did their Colegrove cousins. Philip Wamsley Nix (1865-1924), named for a junior minister in the circuit, was a Local Preacher and jeweller; he made the ceremonial keys for the opening of Wesley Hall (now Cowley Road church) in 1904. Francis William (Frank) (1863-1950) was an organist at Walton Street chapel for many years and added substantially to his father’s collection of historical materials about Oxford Methodism.