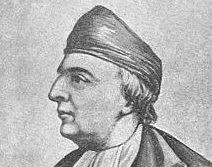 He was the son of the dissenting pastor John Westley or Wesley, who had been Rector of Winterborne, in Dorset, prior to his ejection. His mother was the daughter of the rector of Trinity Church, Dorchester.

Samuel was being educated in dissenting academies, but had a change of heart and resigned his annual scholarship. He walked to Oxford to enrol as an Anglican and ‘poor scholar’ at Exeter College, paying his way through his undergraduate days as a ‘servitor’, a student who worked for the wealthier students.

In 1688, he completed his degree at Exeter College and married Susanna Annesley. They moved to Epworth when he was appointed Rector in 1697. He was by this time known as a poet and writer of controversial prose but his personal ambition was to be recognised as a scholar.

In 1702 a serious rift occurred in his marriage when he took his wife to task for not supporting the King in public prayers. Both Royalist supporters, they nevertheless had a difference of opinion of William of Orange’s right to remain a monarch after Mary’s death.

Samuel’s financial situation worsened at Epworth where his plan to farm his own glebe and other poor investments led to him being imprisoned for debt in 1705. Matters became even more serious following a fire at the Rectory in 1709 (possibly arson), which he was then required to re-build.

Another breach in his marriage occurred when during his extended absence to attend Convocation he appointed an inadequate curate to take over his work. Susannah’s family prayer time grew to accommodate many who disliked the curate. Samuel chastised his wife and asked her to desist. She vigorously defended herself against the curate’s accusation of holding a kitchen conventicle. Only Samuel’s return to Epworth brought this disagreement to an end.

Samuel firmly believed that his scholarship and writing would eventually bring both financial security and public recognition. Unfortunately, in an age of outstanding scholarship, his efforts were relatively unsuccessful.

He had also hoped that John would succeed to the living of Epworth after him, ensuring that Susannah would be able to continue to live there after his death.  In this wish he was also thwarted, although he was immensely proud to have a son who was a Fellow of Lincoln College. He died in 1735.