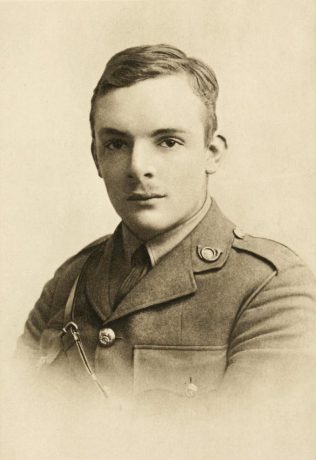 Harold was an outstanding pupil who gained a history scholarship to Exeter College. He wrote poetry in the trenches, which was published with some of his letters.

Son of an alderman

Harold Parry was born in 1896 in Walsall, one of twins. His father was an alderman and a colliery proprietor. Harold won a scholarship to Queen Mary’s Grammar School, Walsall: he became an outstanding pupil, head of his house and captain of the school’s football and cricket teams, as well as a cadet officer. In 1915 he gained a history scholarship to Exeter College, Oxford, but after only a term of study, in January 1916 he volunteered for army service.

Fought at the Somme

Harold was commissioned as a Second Lieutenant and after training he transferred to the 17th Battalion of the King’s Royal Rifle Corps, which landed at Le Havre on 8 March 1916. The unit was involved in several battles at the Somme, and in the trenches Harold continued his habit of writing poetry.

‘Much loved by all’


Harold was killed by a German shell at Ypres, on 6 May 1917, while moving from his billet to safer quarters in the cellars nearby. He was aged 20. His commanding officer wrote to Harold’s father: ‘He was a splendid youngster, and a most capable and keen officer, much loved by all’. Harold is buried at Vlamertinghe Military Cemetery, West Flanders, Belgium.

His published poems show his exceptional talent. They are accompanied by some of his letters, which show his extreme cheerfulness and loyalty in the face of danger and death.

Much of this material came from: https://thebloxwichtelegraph.com/2017/05/05/remembering-harold-parry-100-years-on/