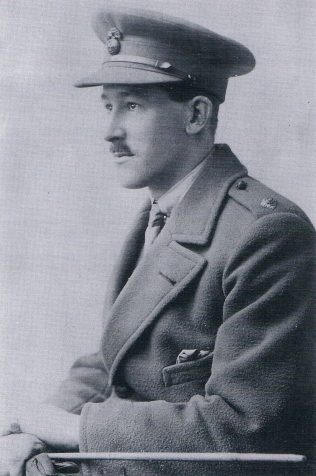 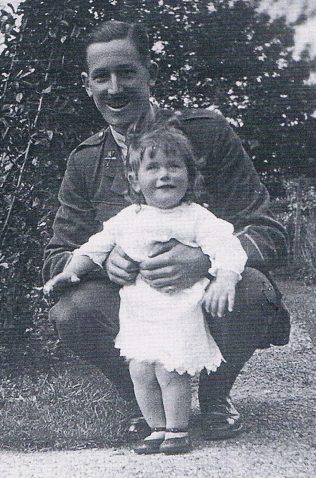 zoom
Wilfrid with his daughter Margaret in 1918
With permission from James Waite, Margaret's son 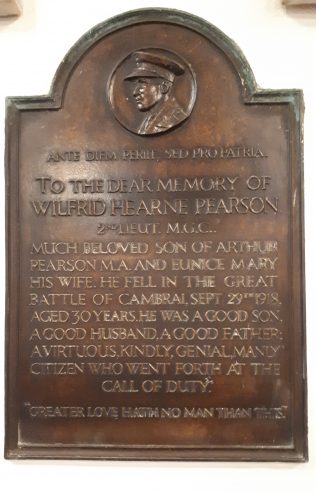 zoom
Memorial at St Michael at the North Gate

Wilfrid lived in Oxford. He had to go away for officer training when his daughter was only ten days old.

Born and lived in Oxford

Wilfrid Hearne Pearson was born in 1888 in Headington. His father was a Methodist local preacher, an ironmonger and managing director of a drug company. Wilfrid was educated at the City of Oxford High School for Boys and then joined Magdalen College School, where he excelled at sports including cycling. At the age of 17 he moved to the Leys School Cambridge. He later became the first captain of the Oxfordshire Nomads Rugby Football Club.

Wilfrid qualified as a chemist and worked in one of his father’s three shops in the city. He was 25 when war broke out, and in 1915 he married Daisy Turrill. By 1916 he was Managing Director of the Oxford Drug Company (which continued in the ownership of the Pearson family, alongside the well-known Boswells department store).

In March 1917 Daisy and Wilfrid’s daughter Margaret was born, but only ten days later Wilfrid went to Berkhamsted to join the Inns of Court Officer Training Corps. In November he was posted as a Second Lieutenant to the Northern Cyclist Battalion, which was based at Skegness for home defence .

Later he transferred to the Machine Gun Corps, which had been formed in 1915 in an effort to catch up with German success with these guns. Towards the end of the war machine gunners often served well in advance of the front line, and their high casualty rate earned them the nickname of ‘The Suicide Club’.

Wilfrid fought in the 57th Battalion, Machine Gun Corps, at the Battle of the Canal du Nord from 27 September 1918. He died in action on 29 September aged 30. The Leys School records that he had ‘served with distinction’. He is buried at Anneux British Cemetery. His daughter Margaret married Raymond Waite in 1945.