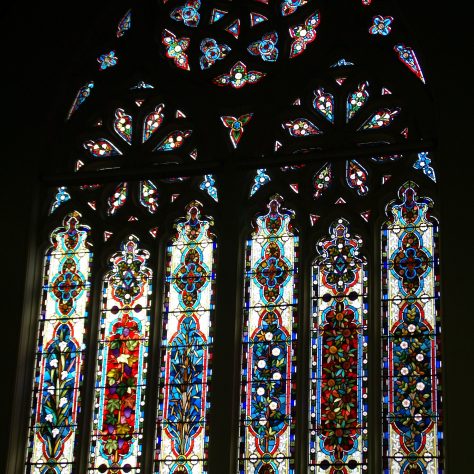 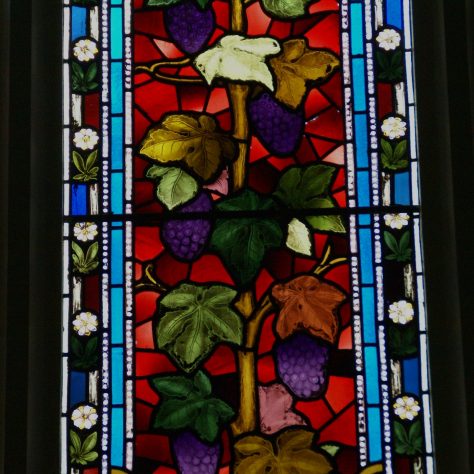 Fruits of the bible: Grape 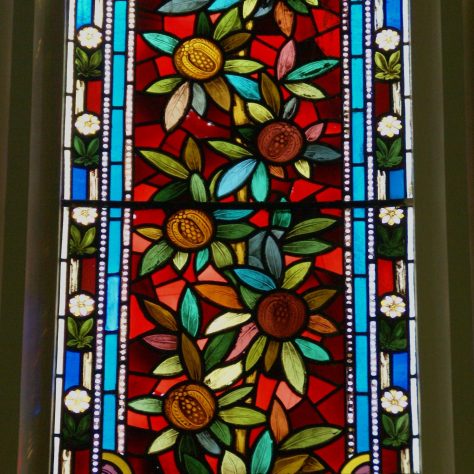 Fruits of the bible: Pomegranate 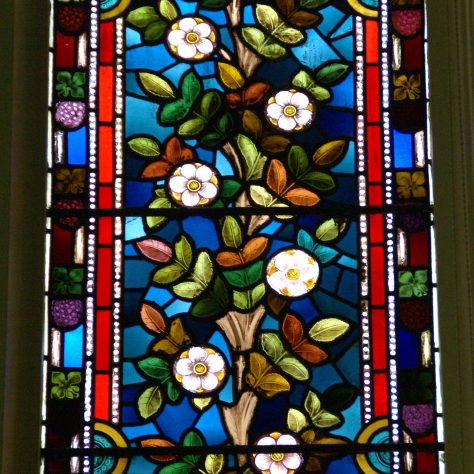 Flowers of the bible: Rose 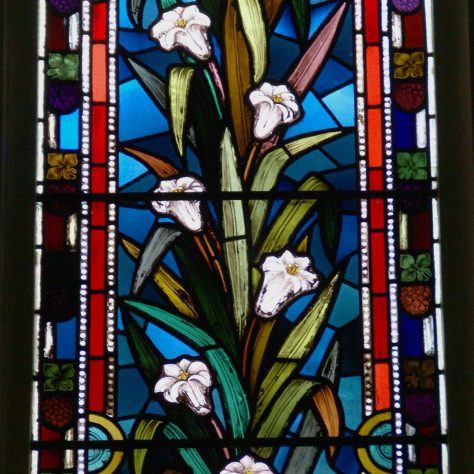 Flowers of the bible: Lily 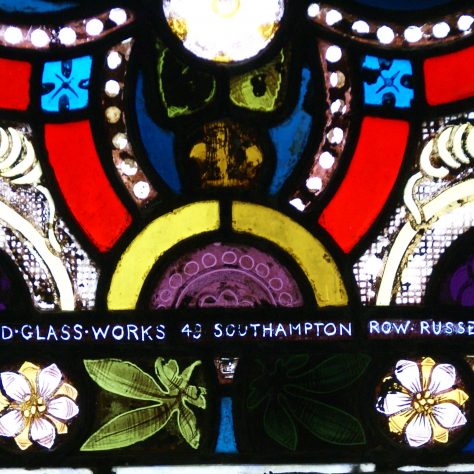 Featuring fruit and flowers from the bible, this large stained glass window was dedicated to the Rev George Maunder, minister in Oxford in the late 1870s.

How to get a good view

You can get a really good view of this window from the communion table end of the church. Sunlight streams through the window in the morning, when the colours appear particularly vibrant. Grapes, pomegranates, lilies and roses can clearly be identified.

If you visit the church and would like to see the window close up, please speak to a caretaker or the church secretary. The balcony is used during morning worship, so access is usually also available on Sundays at around 12.30.

George Maunder was Superintendent minister of the Oxford Methodist Circuit from 1876 – 1878. Raising funds to build a new city centre church was challenging and Maunder worked tirelessly to bring the vision for a ‘Wesley Memorial Church’ to reality. Sadly he died before the opening of the church in late 1878.

The window was donated by his ‘temperance and other friends throughout England’ – as decorated tiles along the bottom of the window record.

Who made the window?

The window was made by T Cox and sons of Southampton Row, London and forms the upper part of the back wall of Wesley Memorial Church above the balcony.

Why Fruits and Flowers?

Fruit and flowers of the bible was a ‘safe’ choice. Being grounded in scripture, it would reassure any who were concerned that the building looked ‘un-Methodist’.

The use of stained glass in methodist churches was still quite new in the 1870s. Gothic  features such as pointed spires, intricately carved stone detail and stained glass were uncommon before the 1850s.

In designing Wesley Memorial, there was a hope that Methodist students and staff at the University would be attracted by the more ‘Oxford’ style of the new building compared with the previous simpler Wesleyan Chapel in New Inn Hall Street.

Where in the bible…

Images of fruits and flowers are used throughout the bible, here are a few examples:

“Each tree is known by its own fruit: you do not gather figs from brambles or pick grapes from thistles.” Luke 6: v44

“The Lord your god is bringing you to a good land… a land with wheat and barley, vines, fig trees, and pomegranates, a land with olive oil and honey.” Deuteronomy 8: v8

“And why be anxious about clothes? Consider how the lilies grow in the fields; they do not work, they do not spin; yet I tell you, even Solomon in all his splendour was not attired like one of them.” Matthew 6: 28 – 29