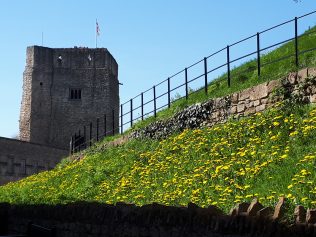 In the 18th Century running into debt was an imprisonable offence.

On 24th August 1730, fellow Holy Club member, William Morgan introduced the Wesley brothers to the ‘social work’ for which the Methodist movement became famous, by persuading them to visit debtors and felons imprisoned in the Castle.

They vowed to return weekly and also began to visit those imprisoned in the Bocardo, a  prison close to the Church of St Michael in the North Gate.

Visit Oxford Castle to find out more about conditions at the time and how prisoners survived.

For a fascinating insight into the way the prison operated read Mark Davis’s Stories of Oxford Castle: From Dungeon to Dunghill published by Oxford Towpath Press 2005

At a local level, many churches campaign for justice whilst working to meet the needs of the vulnerable in their communities. They do this by running community activities, raising money for good causes and working to reduce their carbon footprint.

One example in Oxford is Wesley Memorial’s participation in the Oxford Winter Night Shelter scheme.

To find out how the Methodist Church works nationally with others  to campaign for social justice and equality visit the website of the Joint Public Issues Team.

National charities Action for Children and MHA were created and inspired by the Methodist movement.

International charities All We Can and Christian Aid are routes by which Methodists respond to the needs of the most vulnerable of our global neighbours.