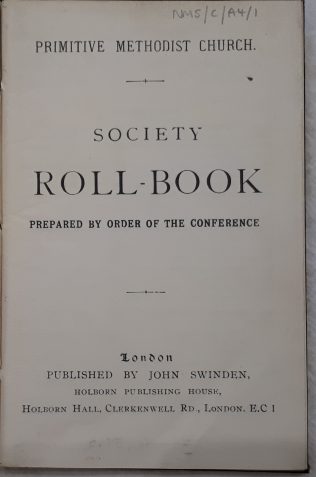 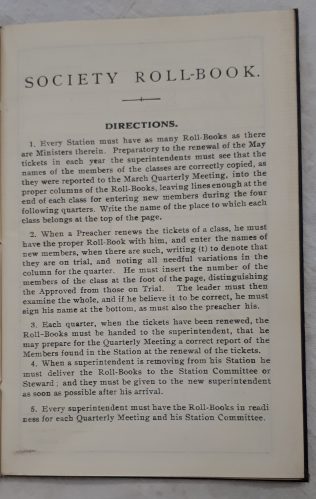 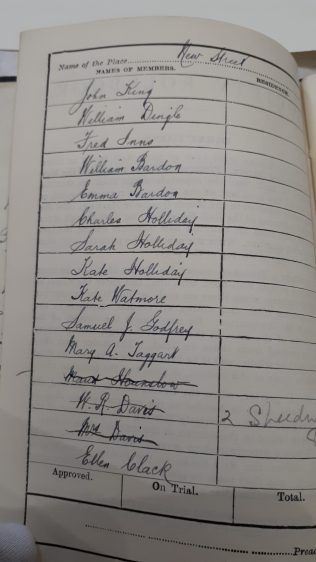 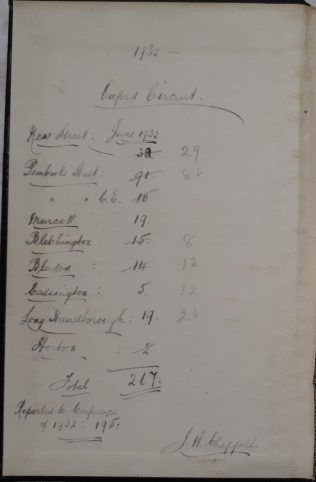 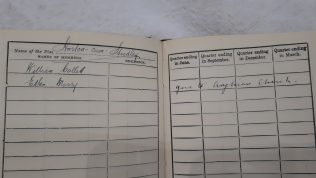 Although designed for use by one Society, this roll book also records the names of members of various chapels in the Oxford Primitive Methodist Circuit at the point when the branches of Methodism merged to form the Methodist Church in Great Britain.

A Society Roll book records the names of members of the chapel or society, as the group of people were more correctly known. (Strictly speaking, the ‘chapel’ denoted the building, the ‘society’ the worshipping community.)

The introduction gives directions on how to keep the records. The compiler would usually be working from individual ‘Class Books’ completed by Class Leaders.

Entry in the roll book was a requirement before a ‘class ticket’ could be issued each quarter.

However this roll book simply lists names by society. Separate classes and their individual leaders are not identified.

It is signed by J H Chappell, preacher and J King, leader.

The first pages list the members of the New Street Chapel in Oxford:

Membership numbers for chapels in the circuit are also handwritten inside the front cover, with corrections as people moved around or died around the time of the Union.

Underlined numbers indicated that they were changed before being reported to the Conference. Unfortunately the numbers reported to Conference do not quite correspond to the corrected list!

This page is suggestive of a challenging time when, as well as loss of members by death or removal from the area, the merger into the Methodist Church in Great Britain caused some to transfer from one church to another or cease membership altogether.

Murcott Chapel was the only society to loose no members at all between the June list and the ‘reported to Conference’ list a month or so later.

Horton-cum-Studley had just two members, hence perhaps, their decision to go to the Anglican Church, presumably the one in the village.

This item, reference number NM5/C/A4/1, can be accessed at the Oxfordshire History Centre.