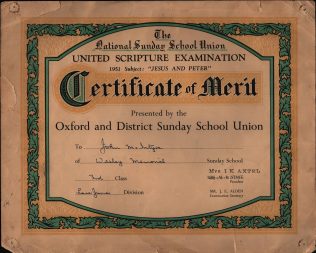 zoom
John's subject in 1951 was Jesus and Peter 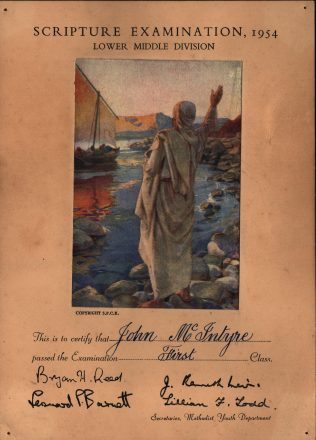 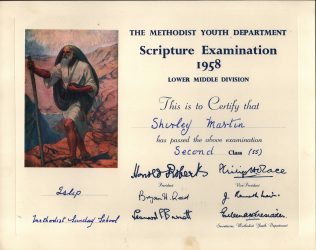 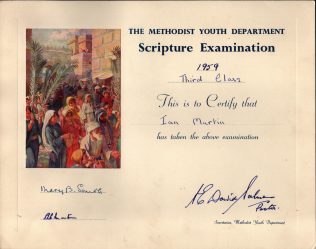 Officially optional,  Scripture Exams were graded at a variety of levels, not just for children but also for adults and those preparing for church membership.

Those who showed aptitude and were keen, were encouraged to help lead Sunday School classes, for which training was also given.

Hard won certificates were often kept and treasured as these examples show.