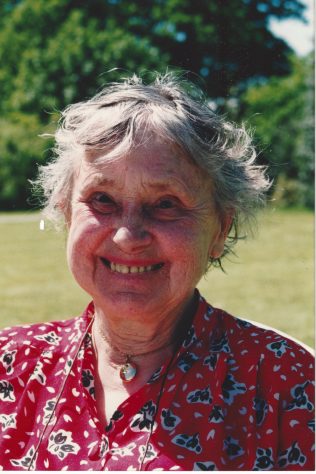 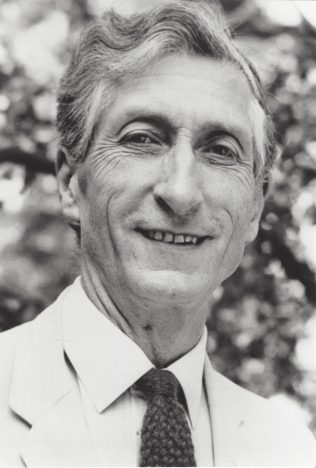 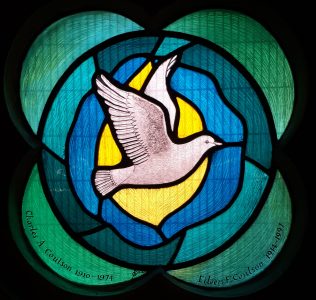 Charles (1910 – 1974) and Eileen (1914 – 1997) Coulson joined Wesley Memorial in 1952, when Charles was appointed Professor of Mathematics at Oxford University. They shared a strong Christian faith, with Sunday worship, and prayer and study in House Groups at its heart. Most importantly, they believed in acting out their faith, within Wesley Memorial, the wider church and the world.

Both were Methodist Local Preachers and enjoyed leading worship in churches around the circuit. Eileen was Pastoral Secretary, no mean task with a large and ever changing congregation. They were always generous with their time and resources, whether giving lifts to nurses going to church, or welcoming newcomers to Sunday lunch. Every Methodist student fresher was invited to a Coffee Party at their home.

They were ecumenical in outlook, and Charles served on the World Council of Churches Central Committee (1962-68). Their faith led them to be Pacifists; Charles was a Conscientious Objector in WWII; Eileen worked towards establishing Peace Studies in Oxford. They were committed to international development; Charles was Chairman of Oxfam (1965-71); Eileen volunteered in Headington Oxfam shop, and was one of the organisers of the annual Wesley Memorial Christian Aid market.

Charles saw his work in science through the lens of his faith – exploring and teaching about God’s creation. In addition to scientific texts, he wrote several books on Science and Christianity. He used to delight in combining academic, religious and Oxfam activities while on international work trips.